When anyone travels in South East Asia, at some point you would have encountered the pesky tuk tuk driver. Tuk tuk drivers are notorious for being the real hustlers. However the short encounter I had with my tuk tuk driver, Mr Cheah levitated my experience of Angkor Wat and Cambodia.

How It Went Down

My friends  and I were walking around the main nightlife area called Pub Street. We had just finished dinner and were seeking a place to grab a drink. If you haven’t been to Siem Reap there are two main nightclubs facing directly opposite each other with a small street separating the two. As we walk towards the halfway point of these two clubs a short Cambodian man approaches us. “Tuk tuk” he says as he gestures the handle bar motion of a motorbike. As I was walking in the middle of my friends I felt the question was directed at me. 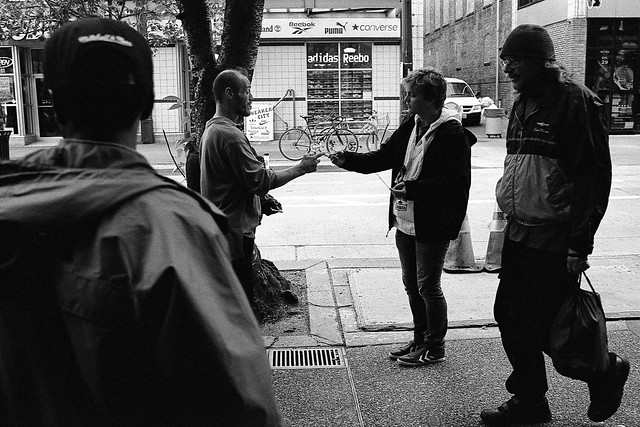 My mind clicks into gear and was instinctively ready to blurt out the automatic “no thanks” response. However I instantaneously remember that I need a tuk tuk driver to tour Angkor Wat tomorrow. My friends had decided on riding bicycles. “Angkor Wat tomorrow?” I reply. The Cambodian gentleman had a surprise look on his face and he said “Yes ok”. “How much?” I abruptly inquire. After a moments pause, “$14 ok”. We shook hands and exchanged phone numbers. I decide to find one good driver and use him for the x amount of days I was in Siem Reap. This would mean I would not need to make small chat with three different tuk tuk drivers on three separate days. I told the man that if I was happy I would use him again for at least three occasions. With a shake of our hands, Mr Cheah was hired to take me around the archaeological complex.

What I liked about Mr Cheah could have been summed up in one scene. Although he was my driver, he was happy to be a tour guide for several of the temples. In one of the temples, we were standing in a narrow hallway where their was a stone statue sitting in the middle of the room. “This is a dick”, says Mr Cheah. A pair of tourists follow behind us into the hallway. Their uniformed tour guide walks to the front to address the small group. “Ok here we have an object carved to represent the male sex organ”, said the Cambodian tour guide. Hearing the contrast in narration made me burst out a couple of laughs to myself. Mr Cheah told things like it was and it was this simple unpolished nature which I really grew fond of.

Another example of his direct style was when we were at one of the smaller, less visited temples of Prasat Kravan. I stood outside a chamber of a temple and poked my head in to respect the no entry sign at the front. Mr Cheah walks up beside me. Without any regard to the sign he walks inside and motions me to follow him. I paused then decided that since he is a local he knew best. I felt guilty being inside the chamber.

However I was glad I went in. Being inside allowed me to look at the architecture and how the light entered from above that very few people would have seen. Mr Cheah tells me about the carvings on the wall which he learnt in school. From what sounded like a  medium distance away, the piercing sounds of a metal whistle nags its way to our ear drums. We both turn back to look. Damn we have been spotted. Mr Cheah apologises to the female Angkor Wat guard. I gave her the “I’m innocent and just following a local Cambodia” look.

If you see the man in the above photo in Siem Reap, do not hesitate to use his services. I felt very fortunate to have met Mr Cheah. I felt a really close and genuine connection in that he wanted me to have the ultimate experience.

The endlessly mesmerising rows of purple with the fragrant aroma, make the Lavender fields of Provence a hit with the human senses. Lavender is used to make perfume and is known for its proven ability…
Jun
27
Sat
2020
all-day Roskilde Festival
Roskilde Festival
Jun 27 – Jul 4 all-day

Credit:  Stiig Hougesen   Roskilde Festival is one of the greatest rock and roll festivals in the world. It was founded in 1971 by Mogens Sandfær and Jesper Switzer Møller, and Carl Fischer. One of the…
View Calendar